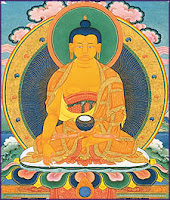 I am trying to keep myself awake after a transalantic airport to New Zealand so am catching up on my email. One of the messages was from a PhD student in Religious Studies and friend from Edinburgh announcing her launch of a new web site. Louise Connelly is doing interesting work on Buddhist blogs and is also teaching a course on e-religion at the University of Edinburgh Extension Program and has set up an online resource space related to her research. It is definitely worth checking it out, as Asian religions are still one of the under-represented areas in Religion Online studies!

Email ThisBlogThis!Share to TwitterShare to FacebookShare to Pinterest
Labels: buddhism

Work of the People

Recently, through the virtual introduction of Travis Reed, I have discovered an interesting new web site called The Work of the People,. This is a unique site that strives to be community of artists, storytellers, filmmakers, poets and theologians who have pooled their work online "to create tools for the Church to engage universal spiritual issues through progressive media". The sites house a great storehouse of images, video loops for use in liturgy along with books & CDs for sale, great resources abound for those wishing to use multi-media in a church context. They also host an interesting blog by the same name highlighting sacred images and films. This is a great example of resource sharing-commercial hybrid offering innovative multi-media items for those seeking to incorporate that language of new media culture into their expressions of church.
Posted by Soup Twin-1 at 8:54 PM No comments:

John La Grou just tagged me (and my blog) on his blog. But since I am trying to keep my research and personal blogging separate I have responded on my other blog Long way from Auld Reekie. Check it out to learn a bit more about the woman behind the blog.
Posted by Soup Twin-1 at 3:18 PM No comments:

Wikiklesia: Voices of the Virtual World

After a short hiatus--thanks to a wisdom teeth extraction and 5 days with broken A/C amidst the sweltering Texas heat--I'm back.

For those who haven't heard about it I wanted to point you to a forthcoming e-book sponsored by the Wikiklesia Project coordinated by John LaGrou and Len Hjalmarson who came up with the idea for a collaborative "ecclesial e-book - virtual, self-organizing" that seeks to facilitate a "conversation on how technology is changing the church". Book One is called "Voices of the Virtual World" and brings together an interesting cross section of bloggers, emerging church leaders and a few academic types like myself. I have written a piece called "Living as the Networked people of God" which will feature a summary of my thoughts on what online christian community has to teach offline churches about community, caring relationships and technology. Each chapter will also be downloaded as an MP3 file, read by each of the authors. All proceeds from the Wikiklesia Project will be contributed to the Not For Sale campaign. Coming soon...so check it out!
Posted by Soup Twin-1 at 12:06 PM 1 comment:

The place of religion in contemporary society is an issue of major importance. Yet it has too frequently been considered a ‘survival’, a residue of previous socio-cultural formations, rather than a significant dimension of the present. Even in modern liberal societies, such as Britain and the United States, religion continues to play a role in shaping political ideologies, alliances, institutional practices, public policy, communities of interest, ways of life and social identities. The socio-political context of religion has become even more salient in light of the recent dynamics of religious fundamentalism and religiously-legitimated conflict, e.g. the ‘clash of civilisations’ between a Christian or secular west and Islam. Such developments raise important questions about how best to mediate between the needs and/or demands of different religions, communities and competing belief systems, some of which are secular. The question of religious representation and recognition is particularly urgent in multicultural societies where there are a diversity of faiths and beliefs, each with their own distinct cultural values and traditions.Meanwhile, it is increasingly common for expressions of religiosity to take place outside conventional sacred spaces and, in contexts of mediated popular culture, where they can become imbricated with mundane interests and concerns of everyday life.

Most religious faiths have come to recognise the role the media and popular culture can play in extending, promoting, renewing, and re-embedding religious traditions in temporal and spatial contexts, in ways that were previously unimaginable. This is particularly true of some new religious movements for which spirituality is as much about personal development, experience, and lifestyle as it is belief. On the other hand, some religious groups are reluctant to engage with secular-based media, in case this challenges the authority of religious institutions in relation to their everyday embodiment of spiritual discipline, moral authority and pastoral guidance. At the same time, the media itself may be seen in quasi-religious terms. ‘Media rituals’ are just one example of the way in which popular media and their audiences can themselves be understood as imagined holy communions, far removed from official religious practices and forms of worship.

Given the recent growth in interest in contemporary religious issues, beyond specifically theological matters, and the intersections between religion, media and culture, it is timely to bring together scholars working across a range of disciplinary fields, including anthropology, cultural studies, media and film, history, sociology, cultural theory, among others, in an effort to facilitate greater understanding of religious beliefs, identities, and the changing nature of rituals and concepts of the sacred.

Proposals are welcomed on, but not limited to, the following topics and areas:

Proposals with an international focus are particularly welcome, as are those that are concerned with historical and cross-cultural analyses of religion.

Proposals of 200-250 words, accompanied by a brief biographical note, should be sent by 31st July 2007 to all three editors: Michael Bailey (m.bailey@leedsmet.ac.uk); Anthony McNicholas, (anthony.mcnicholas@bbc.co.uk); Guy Redden (gredden@lincoln.ac.uk).
Posted by Soup Twin-1 at 3:17 PM No comments:

Email ThisBlogThis!Share to TwitterShare to FacebookShare to Pinterest
Labels: conferences

I continue to be a amazed at the diversity and creativity of online content produced around religion. For instance the web site The Brick Testament. This an entertaining and irreverent site featuring popular stories of the Old, and New Testament as told through the use of Legos. Note the warning rating guide for particular stories highligthing nudity, violence, sexual content, etc. This is a classic example of what might have been the silent hobby of one man becoming a publicized phenomenon by using the internet as a platform digital publication...
Posted by Soup Twin-1 at 7:46 AM 1 comment:

At the intersection of Religion & New Media

Soup Twin-1
Heidi Campbell(aka Soup Twin-1) is an American transplant to Scotland for almost a decade, and who was uprooted in 2005 and re-planted in the foreign land of Texas. When she is not teaching Media Studies in Aggieland she can be found in many places around the world researching on religion, new media and spiritual meaning-making in contermporary society.